Home
NEXT: An Empowerment Series
Champion of Chances 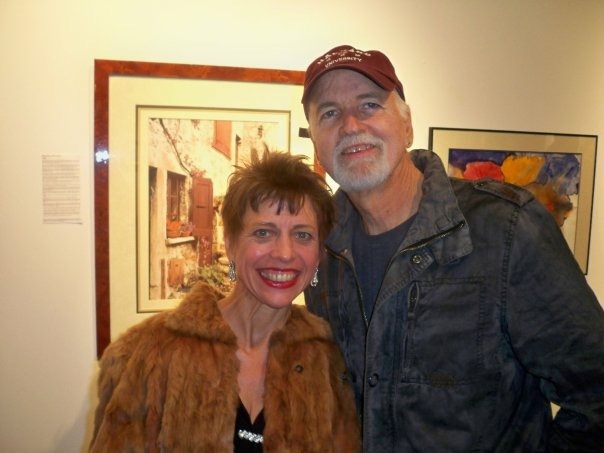 The spring we fell in love I had just declared myself ready to date while he had long declared himself a happy bachelor. Five years later, we each chose to take another chance at enduring love. It was a second for me and a third for John.

Despite being older and wiser, marriage remained a risky proposition. He was a tidy minimalist. I was more on the messy side.  He lived on an acreage and I in the heart of the city. Three of our children were still school age and our ages were separated by more than a decade. Nevertheless, we were willing to wed again.

Three years later, amidst our planning an epic family vacation to Alaska, John received the diagnosis.  Cancer.  The prognosis: A painful death in about two years.  There would be no surgery, chemo, or radiation because it was “too late.”

For John, it was not too late for a second chance to seize life. He sold his chimney sweep business and resigned from his day job.  He took up the study of macrobiotics and re-upped his meditation practice.  We spent endless hours talking about wheatgrass juice, kale, and the power of positive thinking.  We planted pumpkins, watched our children graduate from college, and took a dream trip to Italy.

John died eleven years after being given the death diagnosis.

John had choices. He kept taking chances. He kept saying yes.  Yes to teaching in a classroom of kindergartners.  Yes to fasting and chanting.  Yes to a Grand Canyon hike.  Yes to life.

With each choice to take the next chance came risks. Risk of failure. Risk of side effects.  Risk of being thought a fool.  The trip to Vancouver to study New German Medicine did not save John’s life, but it gave us a never forgotten drive through the mountains of Montana, the magnificent sight of Couer d Alene on a sunny day, and some of the most intimate conversations of our life with one another.

With each chance, John came more alive, even as his body declined. John was not cured of cancer, but he died a healed man and a hero to those who knew him.

This year marks seven years since John’s death.  When it comes to life and to love, I’ll be giving them both more chances until my dying day. The champion of chances taught me that.

Are you willing to give yourself another chance?

What frightens you about the risk?