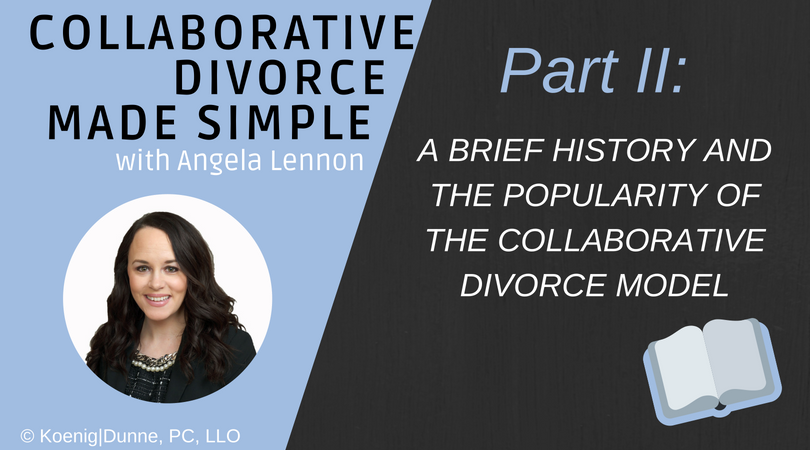 Not all divorces have to (or should) go to court.  Rather, spouses may find that an alternative to litigation will serve them better both during and after the divorce process.  In family law related matters, Alternative Dispute Resolution (ADR) processes, such as mediation or collaborative law have risen greatly in popularity in the last 20 years.

For example, in 2007 in Nebraska, the Parenting Act was passed, which requires parents involved in litigation regarding custody of their children to attempt mediation to resolve contested issues before a Judge will make a ruling on those disputed issues.

In Nebraska, The Nebraska Academy of Collaborative Professionals have been active in practicing and promoting collaborative divorce as an option for families for over 12 years.  Our group of unaffiliated attorneys, mental health professionals, and financial specialists have been working together to help guide separating and divorcing spouses toward restructuring their family and resolving the legal, financial, and emotional issues divorce brings in a cooperative manner.

Not only is collaborative divorce widely practiced throughout the United States, collaborative organizations have been established in over 24 countries to help divorcing couples in many foreign jurisdictions, including for example, Australia, Austria, Canada, England, France, Germany, Hong Kong, New Zealand, Ireland, Scotland, and Switzerland.  According to the International Academy of Collaborative Professions, more than 22,000 lawyers have been trained in collaborative law worldwide.

To help regulate the practice of collaborative divorce, The Uniform Collaborative Law Act was developed in 2009.  The Act standardizes the most important features of the collaborative law process.  To date, the Act has been passed in 17 states and has been introduce in 5 additional states this year.

The Nebraska Academy of Collaborative Professionals has reviewed the Uniform Collaborate Law Act and revised it to meet the needs and standards of practice in our state.  Our members look forward to supporting the passage of the bill to in Nebraska to further regulate and support collaborative practice in Nebraska.

The collaborative model has grown rapidly because it has proven to be a healthier and more dignified way to achieve a divorce settlement that minimizes the negative economic, social, and emotional consequences that families face in the traditional adversarial divorce process.