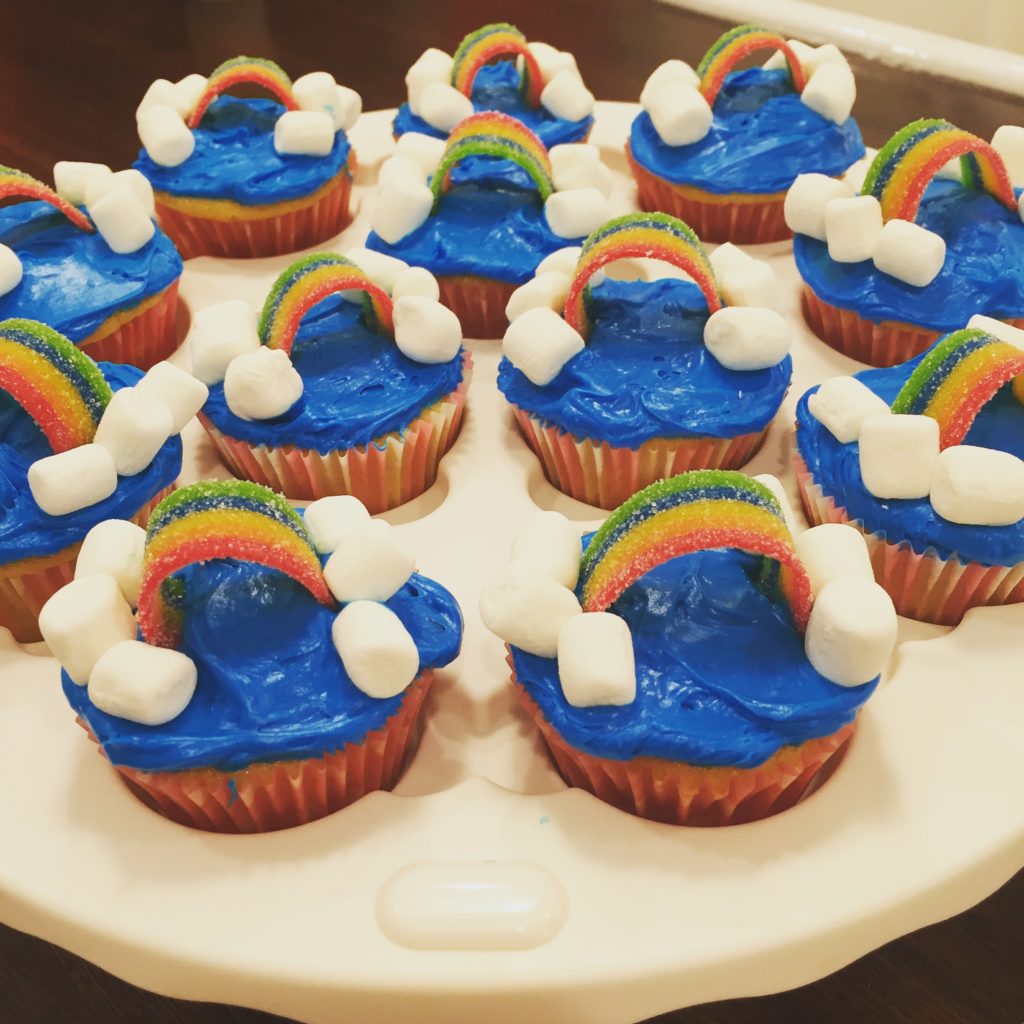 “Are you planning on getting Sophia’s birthday cupcakes for her class tomorrow?” I asked.  “Well, it wasn’t on my radar,” he replied.  Due to a schedule change my daughter’s dad would now have her the night before her birthday and also the night class treats would need to be prepared or purchased.

I pushed forward.  “Not on your radar because you forgot, because you think she is too old, or because you want me to do it?”  “I guess I can do it if she wants them.  I guess.”  He replied.  Annoyance pricked at my tense shoulders.  I was about to fall headlong into the fine-I-will-do-it-myself martyr trap.  Of course she wanted to take birthday treats to her class to celebrate her birthday.  Grumble. Snarl.

I should probably back up and provide context for the source of my possibly irrational irritation.  For my daughters’ entire lives, I have been their birthday queen.  I put on all the parties complete with handmade décor, theme crafted plates and party favors, and homemade treats delivered to school in my bright blue cupcake carrier.  I have always hosted their birthday parties.  I have always supplied the birthday treats.  I would probably crumple up in a pile if they or their dad had ever asked that their party not be at my house.

I did not see, until this year, how my insistence in being the birthday fairy had put our family unfairly out of whack.  You see, Sophia had asked me, prior to me messaging her dad, if I was bringing her birthday treats to school the next day.  I told her that she would be with dad and I was sure he would get them.  She told me that he never would.  I was angry when she said this.  Not at her – at him.  How dare he give my daughter the impression that her birthday was not the most important day of her year.  I reassured her that of course he would.

Fast forward to me gripping my phone and glaring at the “I guesses.”  I fired back and told him what she had said about him.  He said that all she had to do was ask.  I dropped it.  I was grumpy and had a pit in my stomach.  That pit is my reliable and well-worn cue that I was wrong.  I couldn’t see it.

And then I could.  For all of my daughters’ birthdays I was being the kid in class who always shot her hand up first to blurt out the answers.  I was the impatient person completing the contemplative person’s sentences.  I was the bone-tired hostess cleaning up the kitchen before the food on the plates had turned cold.

I was butting my way into all of their birthday activities.  Of course my former spouse did not have buying cupcakes on his radar.  He likely thought I was at home that very minute researching Pinterest to up the ante from last year’s rainbow cupcakes.  I was feeling annoyed that he wasn’t actively participating, yet I had never one time in the last thirteen years of our raising kids together allowed him to so much as fill out an invitation.

I had created this dependence.  It was not fair for me to now deny that I had done it.  As parents we all do it.  We want to be needed.  We want the love for our children to shine in undeniable ways.  We stake our claim to our children’s affection and we hold on at any cost.  Unfortunately, this time it cost my daughter and her dad.

That night Sophia sent me a video from her dad’s house excitedly showing me the cupcakes they got for school, the birthday gifts she received, and beamed about the fondue dinner they had in her honor.  I shamefully wiped away some tears as I saw how special her dad had made her feel for her birthday. I needed to step aside to let him step in and be the capable co-parenting cupcake king.