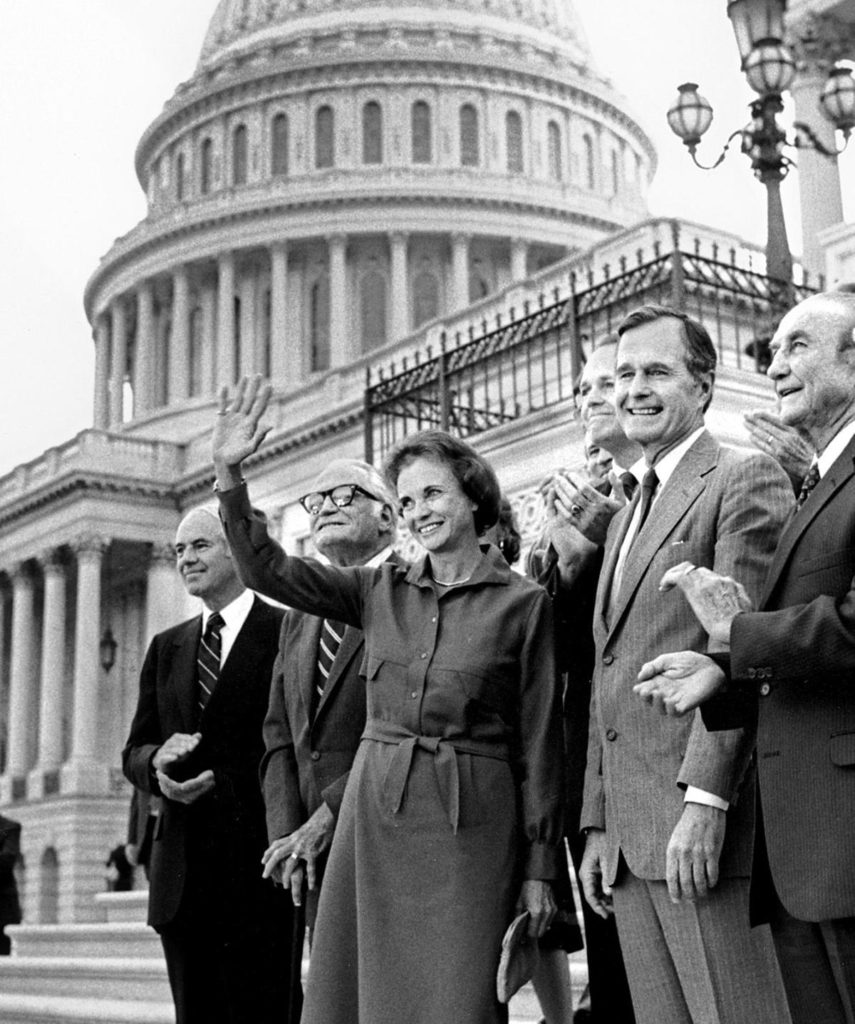 I stopped in the hallway to listen. History was about to be made. President Reagan announced the nomination of the first woman to the United States Supreme Court.

It was the summer of 1981. I had just graduated from law school, I was working for a small law firm while awaiting my bar exam results. There being no cell phones or computers, the radio informed me.

My emotions were mixed.  She was a Republican appointee, and I had some vague concern about how she would vote on issues that mattered deeply to me. But she was raised an independent cowgirl, which boded well.

Hers was the first televised hearing for the nomination of a judge to the Supreme Court. It lasted three days. The main topic was abortion. 17 yeses and one present were the votes from the judiciary committee. Her nomination was approved by the Senate unanimously.

She had been turned down for 40 jobs after graduating from Stanford Law School near the top of her class. When she finally was hired, it was for no salary and she shared an office with a secretary.

On September 21, 1981 Sandra Day O’Connor was sworn in as a member of the highest court in the land.  That same week I was sworn in to my state bar.

Years later Justice O’Connor spoke at the annual meeting of our state bar association. I arrived early in the room to ensure I got a great seat. I don’t remember what she said, but I remember her dignity and how honored I felt to be in her presence.

Justice O’Connor believed in the rule of law over party politics. My fears about how she would rule were mostly unfounded. The second woman appointed to the Supreme Court, Ruth Bader Ginsburg called her “the most helpful big sister you could have” referring to the advice she gave when RBG joined the court twelve years later.

At a commencement speech to Stanford graduates Justice O’Connor said:

Triumphs over justice can seem inevitable…if you know how the story ends. You cannot expect that your efforts will be met with immediate success. But the ever-present understanding    that you are a part of something bigger than yourself, and that your efforts are paving the way for those who will follow, make a life of public service worth the bumps along the way…At every step of the way, I felt the thrill of doing something right for a reason…It was the thrill of building bridges.

Justice O’Connor’s husband lived with dementia for 20 years before he died. This week, she announced her withdrawal from public life due to her own diagnosis of dementia.

We honor Sandra Day O’Connor for being our graceful bridge, 37 years since that October when she first took her seat on the United States Supreme Court.

Are you willing to persist despite others closing doors to you?

Are you a part of something bigger than you?

How can you be a graceful bridge builder?