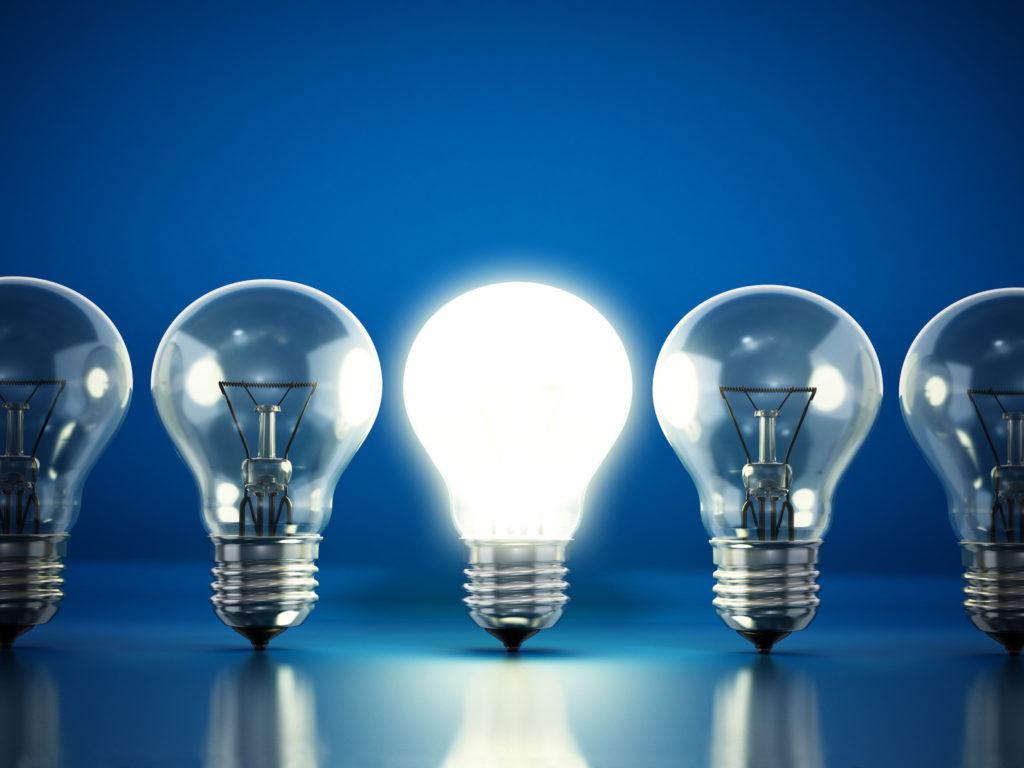 How many tries does it take to change a light bulb? If it’s me, about ten.

When a light went out in my home office, I reasoned that the two remaining bulbs in the chandelier were enough. When it went dark in my parlor, I rationalized that the sun from the skylight was enough. When the bedroom light was spent, I used the bedside lamps. When the overhead light in my bathroom ended, I eked along with my morning make up routine adjusting my magnifying mirror to new angles.

My home was built in 1898. I love the tall ceilings except for times like this. A simple light bulb change can require lugging a ladder up two flights. It only takes a few minutes, but the mere thought of it manages to encourage my procrastination.

To remedy my neglect I made the familiar repeat returns to the hardware store all homeowners know well. Eventually I restored light to three of the four rooms.

The next day I apologized for the ladder still sitting in the middle of my parlor. “I couldn’t reach the ceiling,” I said. “I need a taller ladder.”

“I can reach,” he said. In a matter of minutes an energy leak of weeks was ended. I had been in the dark about how all of this could be made easier. Upon reflection, here’s what I see:

I failed to plan.  How many times had I turned on a switch, felt annoyed, yet failed to put the task on my calendar?  Too many.

I failed to remember that obstacles are inevitable.  Instead of being frustrated by yet another shopping run, I could have reminded myself that this is normal. Obstacles are a sign we are on our path. I could have enjoyed picking up that extra pack of petunias while at Home Depot.

I failed to acknowledge my progress along the way. Rather than applaud my success in getting as far as I did, I focused on my irritation at the uncompleted. I was three-fourths of the way to my goal and feeling cross instead of encouraged.

I failed to remember that support abounds. My visiting helper was not the only taller person in my life. I thought I needed a ladder. All I needed was a friend.

What I was able to do was to celebrate in the end. I literally gave a small jump of delight and clapped my hands. A little bit of enlightenment really lifts me up.

Is there a plan you can make to end an energy leak?

Can you give yourself credit for your progress so far?

Where might you find support for making life easier?