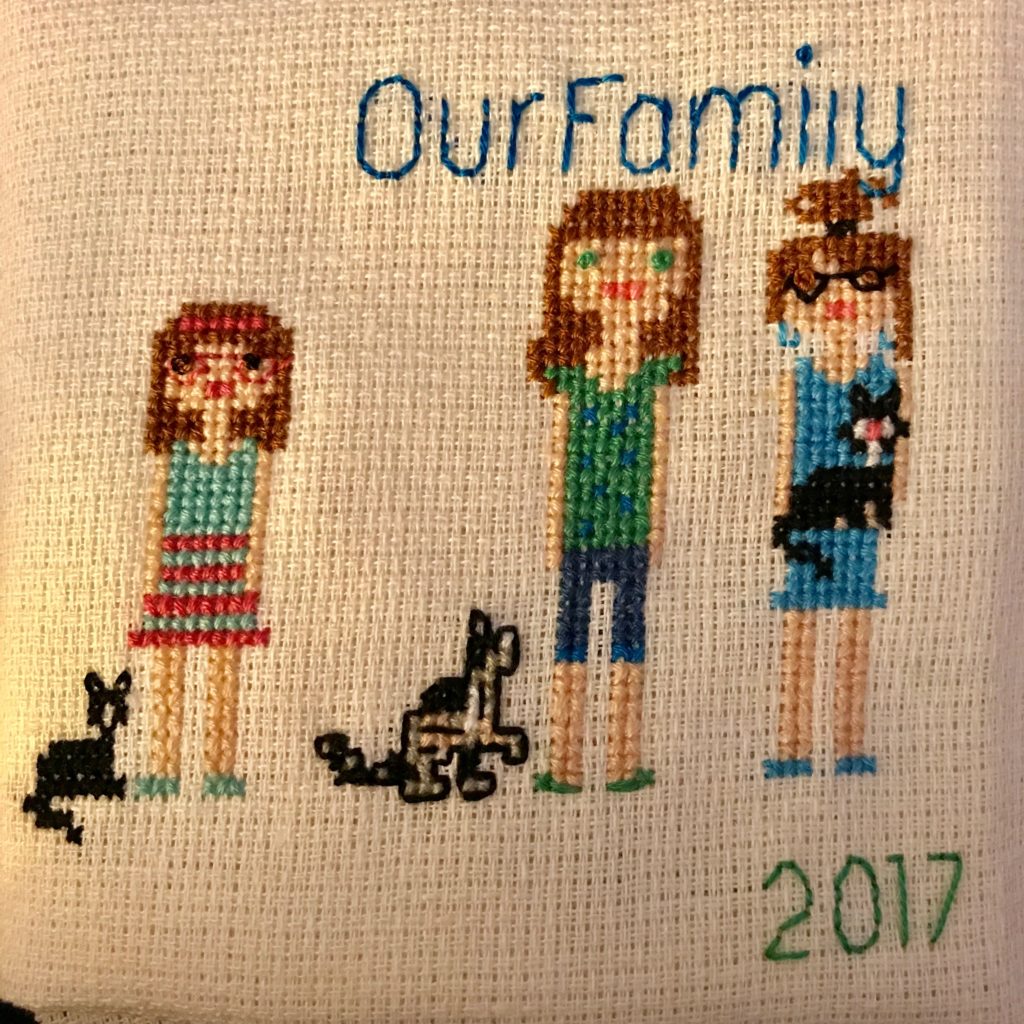 “Angela? Party of Four.”  We waited patiently on the bench in the Chicago airport for our table at the crowded eatery during our layover to a short weekend vacation.  We watched and waited for the other Angela to get her table.  “Angela? Party of Four!”  The server tried again, annoyance seeping into her voice.  My eldest daughter said, “Mom I think she means us.”  I stood up and tentatively approached the counter, my two daughters behind me.  “I am Angela, but there are only three of us.”  “Follow me,” the server replied, setting down the extra menu and extra napkin rolled around silverware.

“Mom, why did she say party of four?” Anna asked.  “She thought there was a husband with me,” I said.  This wasn’t the first time this happened.  It actually happens more than you would think.  A hostess or someone at a ticket counter when seeing me with my daughters assumes their dad will be joining us.  I guess that they imagine him parking the car and joining us any minute.

The difference this time was that my daughters were awake to it.  They were upset by it.  In an instant they felt defined by this innocent interaction as a “less than” family.  Anna was annoyed and my youngest, Sophia, was picking up on her vibe and joining in.  “That’s so rude.” At 13, of course she is sensitive to the “norm” and wanting to be a solid member.  I casually dismissed it – “We are an awesome party of three.”

It reminded me of when the girls were younger.  Post-divorce I was in a relationship and nearly a year into it they were finally told.  They immediately fast-forwarded my relationship to a new marriage, just like their dad had, and asked me if we could get the stick figure family for the back of the car window.  “What?” I asked.  “The family on the back of the car window!  We could get the cats too!” They excitedly chattered between their 9 and 7 year old selves.

They want to be “normal.”  Most of us do.  They crave fitting in and being a regular family.  Divorce is a difference divider.  We are different than most of the families they know.  Very few of their friends have divorced parents and two homes.  I have attempted over the years to normalize our family.  I am never deterred from participating in events that are family focused.  Sometimes, we are the only family obviously missing a member.  Sometimes, there are lots of families that look “different.”  I look on the bright side.  At an earlier age than most, my girls started learning the value of being unique and different – and valued nonetheless.  They are going to be experts at not letting their circumstances dictate their worth by the time they are adults.

Ironically and beautifully, I had packed a sewing kit for our brief vacation.  I smiled when I pulled it out the next day and started stitching with gusto.  When I finished two days later, I proudly presented the finished project to my girls.  “Mom!” they squealed.  I had stitched our family.  Us. Party of three – plus our cats.  Personalized and perfect.