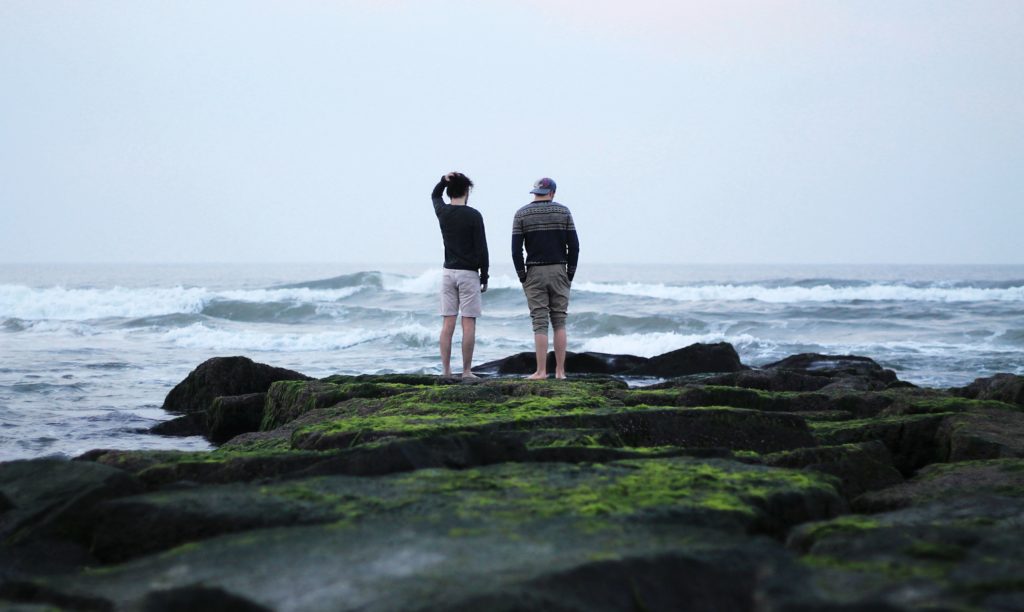 I stood excitedly waiting for Mom to hand me the phone. On an expensive “long distance” call, I could only talk a couple of minutes. Tom’s brilliance and hard work in high school had earned him a trip to a distant city to receive a science award, and this was his one call home. Tom was my big brother and my hero.

Later that year, Tom boarded a bus headed from Nebraska to Michigan State University on a scholarship and leaving behind our mother who was broken hearted that she didn’t have a dime to give him. Neither our parents nor the two oldest children in the family had made it to college, but Tom was on his way.

In the years that followed, we wrote letters. He counseled me on my high school selection and told me tales of living in a co-op and protesting the war. I once spent an entire summer practicing changing my handwriting to match his.

Spending time this summer with family and friends I’ve been acutely attuned to sibling stories. One friend had a sister come to town from 600 miles away but she did not see her once despite staying two blocks away in their mother’s home. Another shared that her brother died just weeks before. Many of my friends celebrated the Fourth of July with chosen families, either because they were only children or because it was the only healthy choice.

My children came to visit this past week. I felt a wave of pride when I heard my sons share wisdom on how their sibling relationship as young children with parents in conflict impacts their friendship with each other as adults today. It’s not easy being grown up when our human longing to belong urges us act like a four year olds.

Being the fifth of the eight children in my family, I enjoyed many years with my siblings. Still, it can be easy for me to neglect these relationships. When I recently invited my youngest brother to a College World Series Game, he joked that he thought the last time we attended a sporting event together was high school.

My brother Tom recently had a minor stroke while vacationing in Hungary. My hero who learned to speak Hungarian for the trip was now having difficulty processing speech.

It’s never been easier to stay in touch. Even for those who have declined the opportunity to follow family on Instagram have countless ways to connect almost instantly. Some do. Some don’t.

We may not know what will come next for us, but we do know that our sibling relationships like all relationships that matter can end. Tomorrow I will attend the funeral of my friend Don. His sisters Patricia, Carol, and Susan survive him.  After the funeral, I’ll pick up my phone and make a call, excitedly waiting to hear the voice on the other end of the line.

Is there a meaningful relationship you’ve neglected lately?

Is it time to consider creating a family of choice?

Is there a hero in your life you want to reach out to?