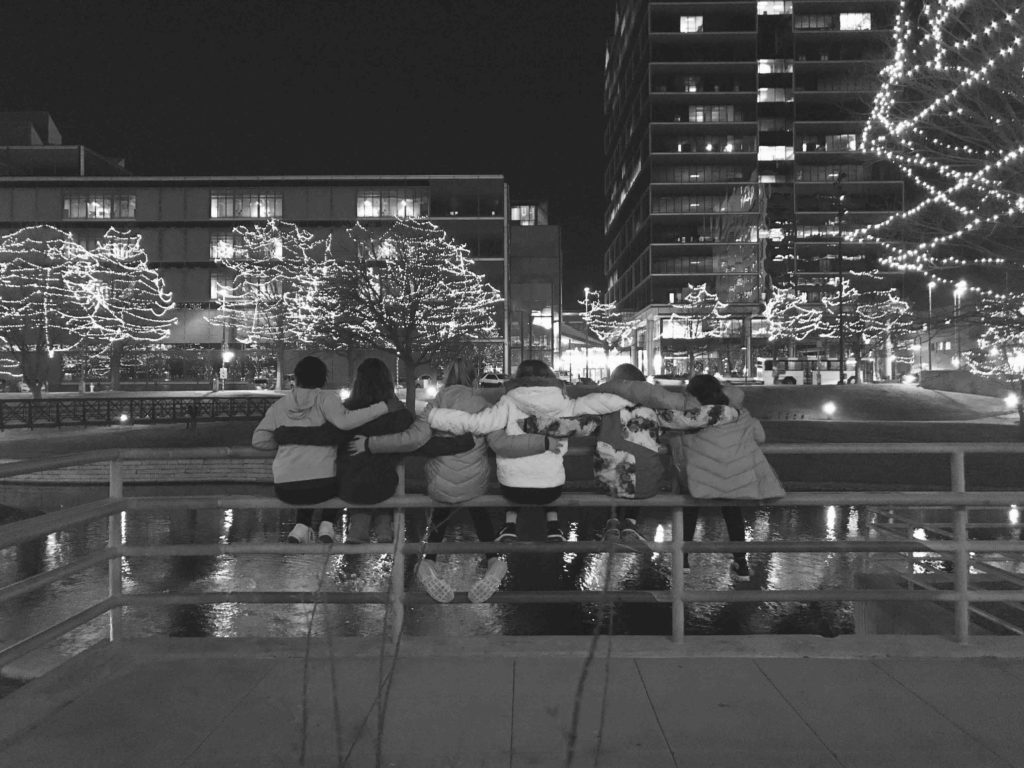 I was so impressed.  My youngest daughter brought five of her friend’s home after school to start winter break with a secret Santa gift exchange.  They arrived to my gentle warning to be quiet and respectful for the first hour while my office was still in business.  I barely heard a peep.  I was so proud of my youngest for following directions (for once) and making this small party such a pleasant experience.

Come five o’clock I picked up pizza, brought out grapes and drinks, and praised the group for their excellent behavior.  Soon I was filling up disposable hot cocoa cups for them to take with us for a walk around the Christmas lights display in the Old Market.

On our way home, we found ourselves suddenly surround by the SWAT team a block from home.  Dozens of unmarked police cars appeared out of nowhere.  Police were swarming a residence right next my car stopped at a stop sign to turn the corner to my driveway.  The girls went into a sheer panic.  Two girls had tears in their eyes.  Upon arriving home, they jumped out of the car as fast as possible and rushed inside tripping over each other.  I was perplexed by what seemed to be a complete overreaction to the commotion.

They peeked out the windows to see the events unfolding.  The excitement soon waned, with no explanation to what had happened.  The girls’ parents arrived for pick up and Sophia and I left to go pick up my oldest daughter.

Sophia was quiet in the car.  I didn’t notice at first.  She then asked “Mom, if someone calls a business and prank calls them, can the business call the police?”  “Yes,” I replied.  “Would the person who called be in trouble with the police?”  I switched into lawyer mode, not following where the conversation was going and said, “Sure, I suppose if the person was being a big enough nuisance.”  I glanced over at her. She looked sick to her stomach.

“Mom.  I have to tell you something.”  My eyes found the ceiling of my car.  “Today we called McDonalds and we asked if they had crabby patties.  The lady said to stop calling and she was going to call the police… do you think the police were looking for us?”

I could barely contain my smile.  I swallowed my giggles and said, “Well Sophia, I hope you learned a valuable lesson.”

These 6th grade girls had learned what many adults struggle with – particularly when faced with a significant life challenge such as divorce.  When out of integrity the susceptibility for making incorrect assumptions may often lead to unnecessary suffering … and crabby patties.