How Does Nebraska Law Divide Appreciated Property During Divorce?

How Does Nebraska Law Divide Appreciated Property During Divorce? 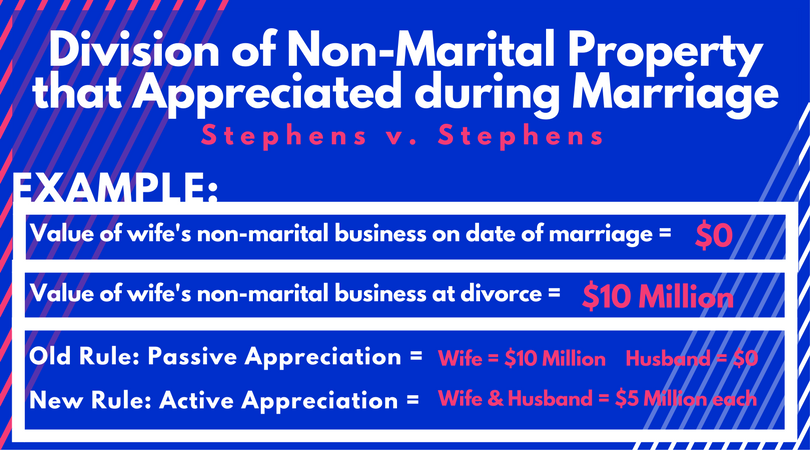 The law regarding appreciation during marriage has recently changed, which makes it important to understand old Nebraska law compared to current Nebraska law.

For example, Sally owned a business worth $0 before marrying John. During their marriage Sally worked hard and her business boomed, and by the time that Sally and John filed for divorce, Sally’s business was worth $10 million. Under the old Nebraska rule of “passive appreciation,” John would not be entitled to any of the appreciation in Sally’s business unless John had put in a great deal of effort of his own to help Sally grow her business. Sally leaves the marriage with $10 million in business assets. John leaves the marriage with $0.

Nebraska courts would sometimes feel that such results were unjust under the law, and would thus issue “Grace Awards” to attempt to make divorce more equitable for the non-owning spouse, awarding a portion of the appreciated, non-marital property to the non-owning spouse.

Businesses, real estate, paintings, etc.—it is important for you to keep in mind that when filing for divorce, this new Nebraska Supreme Court rule will impact the appreciation earned on virtually all of the property that you and your spouse owned during marriage.