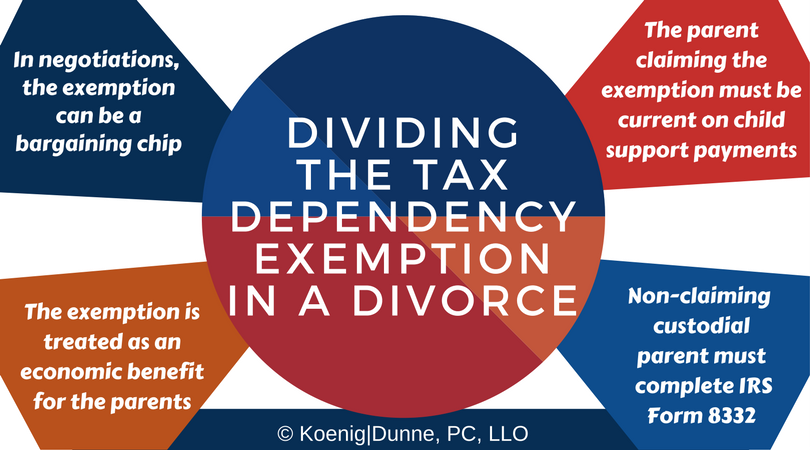 The federal government allows taxpayers to exclude from their income an exemption amount for each person who is a dependent of the taxpayer for that taxable year. You can claim a tax dependency exemption if you are a parent who provides support to a dependent minor child. But what happens after divorce when you no longer file joint returns? In Nebraska, the tax dependency exemption is considered an economic benefit similar to an award of child support or alimony. If the parents do not agree how the exemption should be allocated, the judge hearing the divorce case has the power to determine which parent gets to claim the exemption. It may be fair to award the exemption to one parent every year, it may be inequitable to allow a parent to claim the exemption, or it may be fair to award the exemption to both parents on an alternating basis. How will a court decide?

If you are the non-custodial parent, you may be entitled to share in claiming the tax dependency exemption if you:

However, courts have held that a parent who pays a “relatively small amount” of child support may not be entitled to share or claim the exemption. The primary purpose in reallocating the exemption is to allow the parent financially supporting the child to have more disposable income from which to make such a payment. If a parent’s child support obligation is relatively small, then the parent who pays the majority of the child’s expenses should get to claim the exemption.

If there is more than one child for whom the exemption may be claimed, you can get creative on how the exemptions should be allocated. Here are some common ways the exemption(s) is allocated between parents:

When choosing your divorce attorney, look for one with the knowledge of how the courts and the tax code impact your financial future.